It's fair to say that we drove all the way to Ft. Collins to try this restaurant.  It's the highest rated eatery in the Ft. Collins area and the menu looked great. 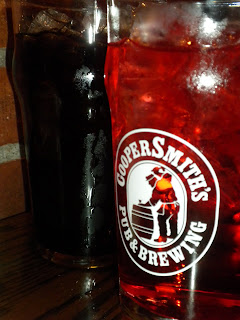 I was excited and curious to try some of their home made sodas. We tried their Cream Soda and their Root Beer. We thought it was slightly interesting they make their cream soda without cream. It's realistically just a vanilla soda. It was good non the less. I also loved the Root Beer. It had a bold, home made taste. 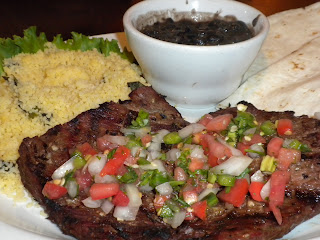 My husband had his eye on their daily special, a Carne Asada topped with pico de gallo. On the side was cuscus, black beans and flour tortillas.  Neither of us love beans but we both enjoyed these ones. They were well seasoned and garlicky. My husband said that the beans were the best part of his meal. That's a pretty depressing statement coming from a steak loving, bean hating man. 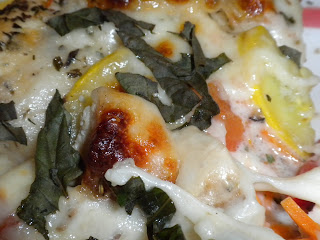 After reading reviews, I decided I'd order a pizza. Coopersmith is listed as a pizzeria on Urbansoon after all...  so I had to give their pizza a try. I too went for the pizza that was on their special menu. It was an Alfredo pizza served with a creamy Alfredo sauce, yellow squash, basil and chicken. I was excited to try one of their seasoned crusts so I chose their herb crust.

I was happy with this pizza at first. Then I decided the crust was too dry, burnt and surprisingly flavorless. I loved the sauce and toppings though so I focused on that. I soon found that the very most inner bite of each slice was filled with these delightful toppings and sauce. I was then unimpressed once again. Finally, I decided it wasn't worth eating anymore and just drank my soda.

I was incredibly unimpressed with this place. Either Ft. Collins is very confused on what is considered good food as this place is considered #1 on Urbanspoon or more than likely, it's been voted the #1 because it's a cool atmosphere with (I assume) great beer. I highly recommend you avoid their food and stick with their drinks.

Posted by ColoradoCritics at 10:29 AM