My super awesome husband knows that good ol' Americanized Chinese food is my biggest guilty pleasure.  He went to A West for a period of time and explained that Tam's has lines out the door at lunch time because the kids love this place! He warned me that it's a major hole in the wall but with it's great Urbanspoon reviews, he thought I should give it a try. Well, like I said, I'm a sucker for Chinese so he didn't need to convince me! 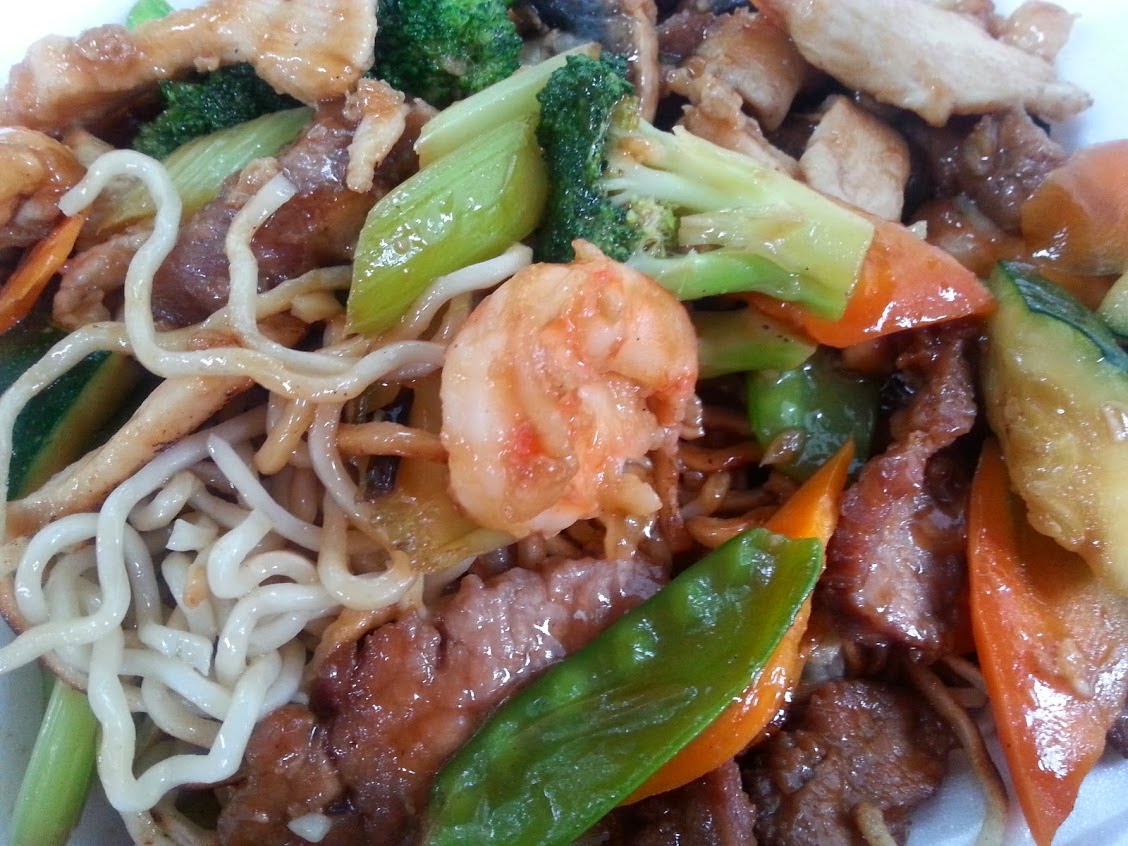 We haven't ever had Hong Kong Noodles so we ordered some. It's a dish of wok fried noodles with a brown sauce topped with shrimp, beef, chicken and mixed vegetables. They weren't our favorite of the items we ordered but they were still great! In fact, just thinking about them makes me want more. 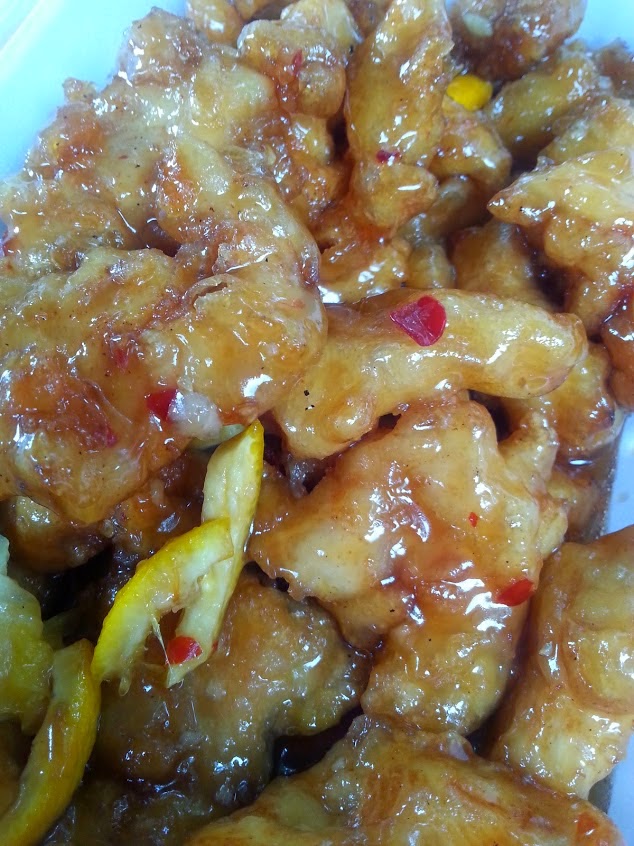 I think we always order orange chicken. It's a favorite in this house. When I took my first bite I wasn't sure what I was eating. This dish offers a more bitter side of orange than your typical orange chicken. I realized upon my second bite that it's because they actually cook it with real oranges. You have to pick out the rind chunks or you'll bite into a rather unpleasant surprise. I loved the natural, sweet, bitter zip that Tam's Orange Chicken has. It really is a great recipe that left craving more!
I wouldn't normally mention fried rice. I don't like rice and find it to be a filler to compensate for smaller sized portions. At Tam's that is far from the truth. First of all, the portions are so huge that my husband and had leftovers for days! I would estimate that one plate will feed 3 people easy. Second of all, Tam's fried rice is worth eating. It was especially delicious mixed in with the Orange chicken sauce. Oh my word, it was out of this world!
We thought we ordered a side of giant egg rolls but it appears we actually ordered the Vietnamese Egg Rolls. They weren't giant but they were tasty. I won't order them again though. While they weren't bad, they were the least favorite for both of us.
Fried wontons are an amazing Chinese appetizer that is almost always dipped in a Sweet and Sour sauce. If you order crab wontons from Tam's, you won't be dipping them. These little guys are so packed full of flavor! The crab flavor isn't too strong but it certainly isn't hidden behind the cream cheese. The wontons are hands down the best wontons I've ever had.
Tam's may be a hole in the wall teen age hang out but I don't care. I'll be back! This place deserves the hype and I really hope that Tam's wife (who is now a widow) keeps this place up and running. This is exactly what I imagine when I crave Chinese food.

Posted by ColoradoCritics at 12:49 PM