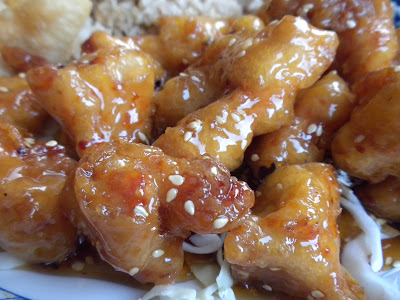 If you are looking for some outstanding Chinese food, I'd highly recommend  this place!  You are likely to be impressed with the food, the service and the atmosphere. 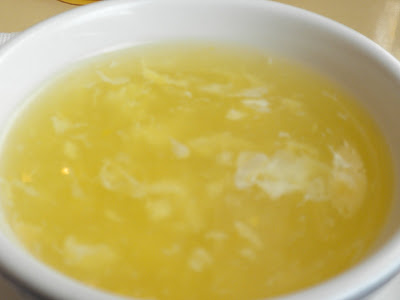 We chose to start our meal off with the classic Egg Drop Soup. I never really expect much from this soup as it's just a filler in my opinion. I was pleasantly surprised with how good this soup was though! It was probably one of the more flavorful versions I've ever had. 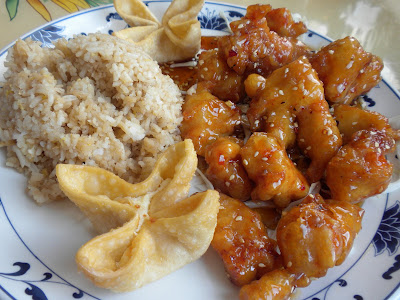 My main course was Sesame Chicken.  It came with fried rice and Crab Won-tons.  The Won-tons were great! Creamy and rich just as you would expect.
The Sesame Chicken was the highlight of my day! It was made of purely white chicken.  Though it was fried, it didn't taste overly fattening and greasy. It was crisp, moist and incredibly delicious.  The flavors are outstanding, sadly after I was half way done it became a bit too sweet for me.
I have heard great things about their fried rice. I really wasn't that impressed with it. It was good, but there was nothing note-worthy about it.  I especially liked it mixed in with my sweet sauce from my chicken! 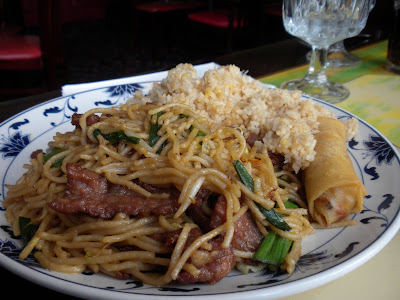 My husband ordered the Beef Lo Mein. We both love noodles and thought this dish was pretty good.  I loved the beef! It added an extra burst of flavor to the dish. I would prefer to have this dish be a substitute to the rice rather than a dish served with rice.
The Egg roll was good. Rather than dipping it in the sweet and sour sauce they provide, I dipped it into my Sesame Chicken sauce which was amazing! It wasn't the best egg roll I've ever had but it was good. 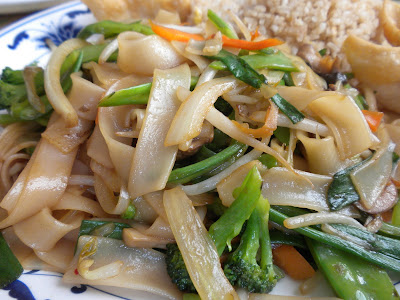 Our friends ordered the Vegetable Chow Fun. I was pretty excited since I was curious about this dish. It's similar to Chow Mein or Lo Mein but it's made with rice noodles. I love the tiny clear rice noodles and was hoping this dish contained those. Rather, it's the fat rice noodles but it's still a pretty good dish! I would or course order it with a meat but vegetables were a healthy alternative and ended up tasting pretty good too.
Over all I would highly recommend Heaven Dragon. I would certainly order their Sesame Chicken any day but would also go back to try their Vietnamese Noodles. I would certainly order the Egg Drop soup as my soup of choice but I think I'd stick with their Crab Won-tons as my side rather than the egg rolls.   I can't wait till my next visit!

Posted by ColoradoCritics at 9:05 AM